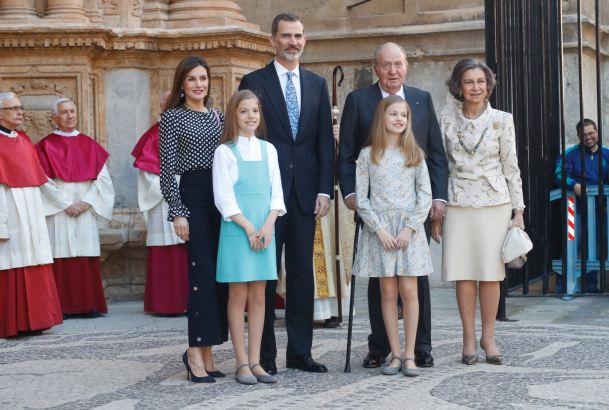 Videos have been circulating online showing Queen Letizia attempting to block her mother-in-law, Queen Sofia, from posing with photographers alone with her granddaughters, Infanta Sofia and Princess Leonor.

Queen Letizia, who tries to manage her daughters’ public appearances, apparently only wanted one photo of the entire family outside the church, as is custom.

Still, media outlets and critics are repeating claims of the Queen’s bad temper and strained relations with her mother-in-law.

As if all that wasn’t tough enough, Greek Princess Marie-Chantal — wife of Queen Sofia’s nephew — weighed in on social media.

Whatever many European royals feel about Queen Letizia, they are also not likely to take well a princess in exile openly criticizing a reigning queen.

Media outlets often cite sources saying Queen Letizia doesn’t get along with Queen Sofia’s extended family, but they also talk about Queen Letizia’s efforts to encourage an active and exemplary monarchy in Spain. Marie-Chantal, an heiress, is known for her lavish lifestyle.