His Majesty received the Professor Manuel Broseta Fundation for the Crown’s role in Spanish unity.

Catalan separatists have targeted the King for his remarks in favor of Spanish unity and the Constitution. The award can be interpreted to be in support of the monarch’s actions. 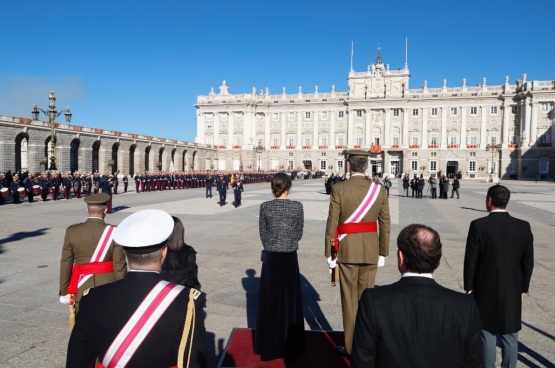 In remarks at the Pascua Militar, a high military event on Epiphany, the King spoke about the Spanish flag as a symbol of unity.

The Pascua Militar at the Royal Palace, with remarks at the Throne Room, is perhaps the highest military event of the year.

Spain’s flag has gone through numerous iterations, and something like the latest version did not become common until the mid 1800’s.

Later this week, His Majesty spoke about the importance of judicial rulings during a ceremony in Madrid.

The King’s remarks while handing out judicial dispatches were significant because of the upcoming trials of Catalan pro-independence leaders.