Prince Felipe de Asturias, the heir to the Spanish throne, turned 45 today. Members of the Royal Family will celebrate in private.

Don Felipe and his wife Princess Letizia made a public appearance today at the International Tourism Trade Fair happening in Madrid this week.

Hola published a series of pictures of the Prince’s life to commemorate the birthday.

El País published an essay about the Prince’s role over the weekend. 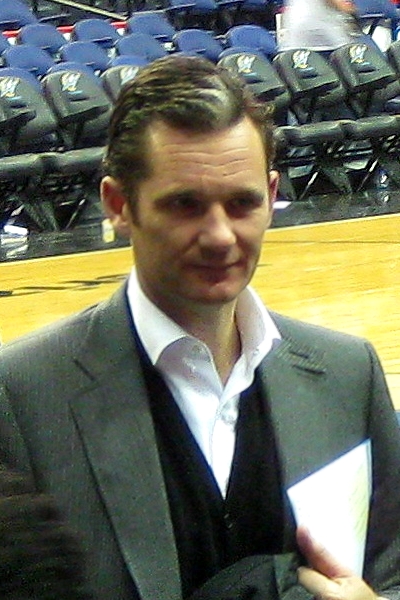 Authorities are investigating the two for using their Noós Institute non-profit to steal public funds.

The New York Times noted that it was the first member of the Spanish Royal Family to appear in court in modern history.

The anti-corruption judge has also subpoenaed Carlos García Revenga, secretary to Infanta Elena and Infanta Cristina, Urdangarin’s wife. He has strongly denied wrongdoing and remains employed with the Royal Household.

King Juan Carlos, Prince Felipe and Princess Letizia have severely distanced themselves from their in-law. There are also reports of concern among the Spanish nobility.

Danish Princess Mary Donaldson joined the Prince during the game.

King Juan Carlos, amid an ongoing effort to improve Spain’s brand abroad, especially amid a brutal recession, hosted members of the diplomatic corps at the Royal Palace in Madrid this week.

The King expressed support for Spain becoming a non-permanent member of the United Nations Security Council. He also called for closer ties between European counties, and warned against blaming any one nation for the economic crisis.

“The world is increasingly complex and competitive,” the King said.

Upcoming is a much-anticipated meeting with Catalan President Artur Mas, who is expected to present His Majesty with a proposal for a referendum on independence.

The Royal Household also announced King Juan Carlos’ planned visit to Morocco. The King is close to the Moroccan monarch despite occasional tensions over Spanish enclaves in North Africa.

King Juan Carlos’ son-in-law, Iñaki Urdangarin, the Duke of Palma, will be back in court on February 23rd to testify before judge in connection to the ongoing public fraud investigation against him.

Urdangarin testified before a Balearic Islands judge around this time last year. He denies wrongdoing amid accusations that he used a non-profit for personal gain.

El País newspaper also reported that tax authorities accuse the Duke of using a real estate firm that he shared with his wife, Infanta Cristina, as a front to avoid taxes.

Prosecutors say they are not pursuing the King’s daughter.

The Royal Household has worked to distance itself from the scandal, with many Spaniards comparing it to other corruption probes involving the political class.

UPDATE: The Royal Household has removed Urdangarin’s personal profile from its official webpage. It’s evidence of the King and the Prince further distancing themselves from their in-law.

This week the Broseta Foundation awarded Queen Sofia its prize for coexistence. The group touted her social welfare efforts, her support for Democracy and her work for the development of Spain.

Valencian Community President Alberto Fabra presented Her Majesty with the award at the government palace, the Palau de la Generalitat. 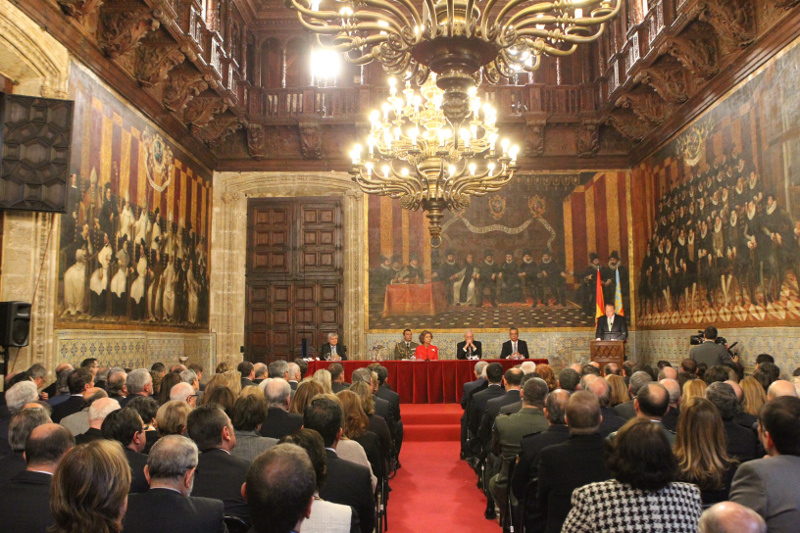 King Juan Carlos received the same award in 2007. It’s named after a Spanish law professor who was murdered by Basque separatists.

Members of the Royal Family have been extremely busy over the last several weeks, perhaps in an effort to increase their profile.

The public agenda shows numerous meetings, several a day in some cases, with social welfare organizations and business groups, among others.

Media reports indicate that the Spanish Army service member was trying to neutralize an explosive when he died.

The funeral was held at a military facility in Zaragoza.

Prince Felipe of Asturias and Girona was in Catalonia today, including Girona, inaugurating the new high speed train connection with France.

The event was much anticipated because it was a chance for the Prince and Spanish Government President Mariano Rajoy to meet with Catalonian president Artur Mas, who has been on an increasingly deepening quest for independence.

Central government representatives used the event to highlight the importance of Catalonia within Spain, and show the train as an investment in the region.

But local officials said it was too little, too late.

Spanish Defense Minister Pedro Morenés alluded to the military’s role amid pro-independence rumblings in Catalonia, saying the armed forces will not respond to provocations and will quietly perform their duty.

The comments are an allusion to concerns that the military may want to violate Democrats institutions and get involved in any political crisis, or prevent secession.

The remarks were part of the “Pascua Militar,” an annual event at the Royal Palace in Madrid where the Royal Family and Spain’s leadership recognize military accomplishments and talk about priorities.

King Juan Carlos thanked members of the armed forces for their work at home, including helping with recent fires, and abroad, including service in Afghanistan. He said the military was also part of improving the country’s economy.

The King said, “I am doing well and wish to continue” with the duties of Head of State.

Asked about his legacy, His Majesty said,” I don’t like to talk about myself.” But expressed pride in having helped unite “all Spaniards” and accomplished his duty to restore Democracy and the Crown.

Of course, Spain remains divided, especially with regions like Catalonia discussing whether to seek independence. The King reiterated his distaste for the politics of “intransigence” and division.

He called the current generation one “of liberty,” but said Spain still had to work on becoming a more equal and fair society. He wants the country to be united behind “one future and one idea.”

“To me it hurts me a lot,” the King said about people having to leave Spain to find work amid a tough recession.

Don Juan Carlos has been King since 1975. “More that satisfied I feel fortunate,” he said.

The interview was never expected to generate controversy of bring about tough questions. Still, commentators quickly said it could have been less formal, allowing for the King’s jovial personality to come through.