Queen Letizia is helping lead the Spanish Royal Family’s effort at modernizing its image and appealing to young people.

News outlets have noted in recent months her willingness to go our in public dressed down and not wearing makeup, at least during her “off time.”

They are also giving her credit for pushing her husband, King Felipe, into meeting with gay rights advocates.

Now that vacations are over, the pair are said to have resumed a tight agenda.

Their Majesties welcomed Panamanian President Juan Carlos Varela Rodríguez and his wife at the Royal Palace in Madrid today.

It is worth noting that a Spanish company is helping build the Panama Canal expansion.

The King and Queen also visited the Picasso Museum in Málaga last week, where crowds greeted them. 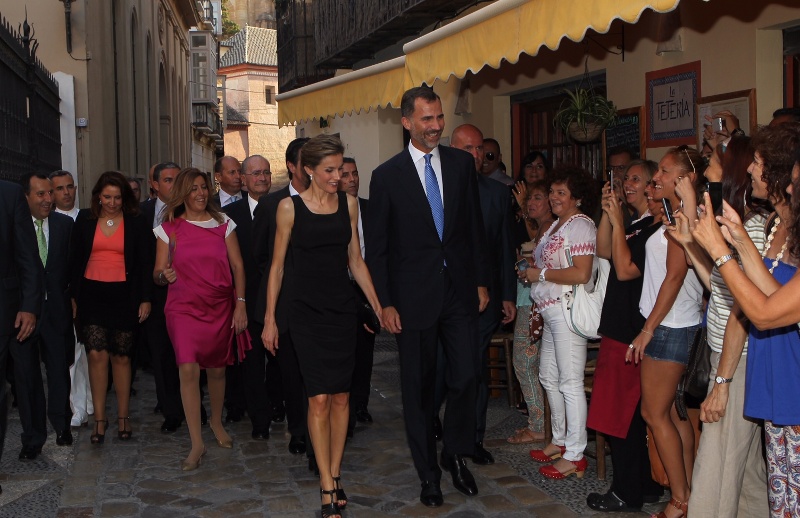 Both Queen Sofia and King Juan Carlos, while not seen together in months, have made some public appearances since his abdication.

Last month Don Juan Carlos traveled to Panama on an official trip and Queen Sofia was an observer at a recent meeting.

The Royal Household has been working on developing more permanent roles for King Felipe’s mother and father.