King Felipe and Queen Letizia sought to highlight Spanish-French relations during an introductory visit to that the neighboring country this week.

French President Francois Hollande hosted a lunch in honor of Their Majesties after a meeting.

King Felipe’s remarks touted Spain’s close relationship with France, both being among the oldest countries in Europe.

“The European Union,” said the King, “is a geopolitical and economic imperative for our countries. This Europe we are building affirms itself on universal principles and values and shared affinities.” 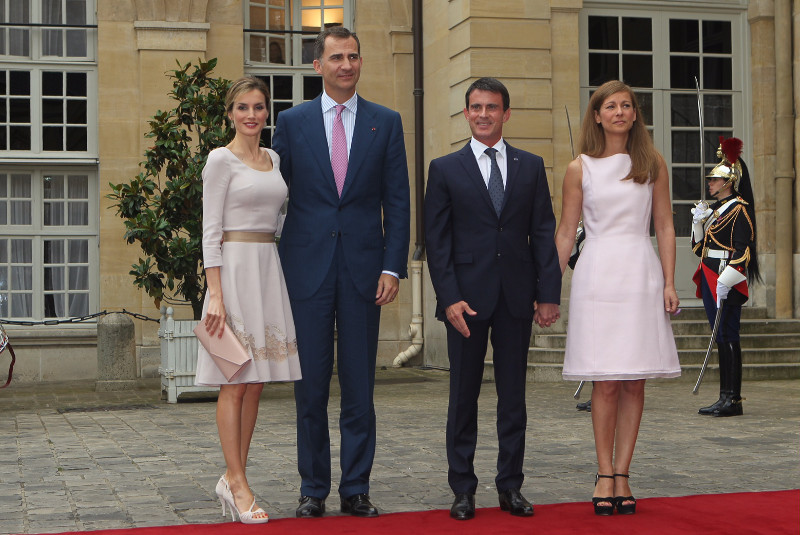 King Felipe and Queen Letizia also met with other French officials, including new Prime Minister Manuel Valls, who was born in Barcelona.