Don Juan Carlos is friends with Sarkozy and recently awarded him the collar of the Order of the Golden Fleece. 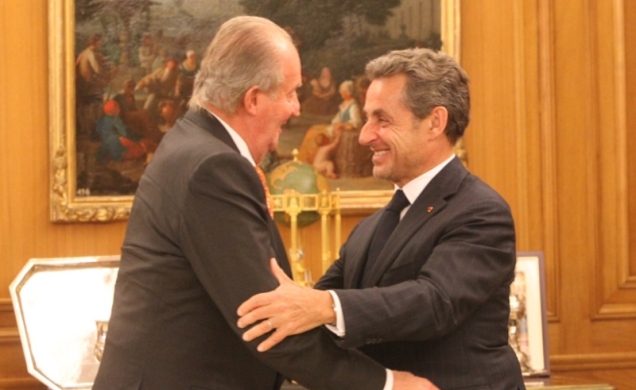 The King, who has significantly boosted his public appearances, was in Lisbon this weekend with Queen Sofia attending the UEFA Champions League 2014 final game between Real Madrid and Atlético Madrid.

Among recent events by members of the Royal Family, Princess Letizia attended a childhood cancer symposium in Seville.