Members of the Spanish Royal Family were in Barcelona earlier this month to hand out the Princess of Girona Foundation Awards to leaders in different fields, like science and business.

The princess, who is 15 and still preparing for official duties, delivered remarks in Catalan because of her presence in the capital of the Autonomous Community of Catalonia. Girona is also an important Catalan city.

Catalan nationalist leaders have avoided members of the Royal Family since forming a coalition government earlier this year. They also skipped King Felipe’s visit for the Mobile World Congress in Barcelona, including a lunch at Albéniz Palace.

The agenda included a meeting a the Royal Palace in Madrid, but the gathering was limited in size because of ongoing pandemic concerns.

King Felipe and Moon also attended the opening of a meeting of business leaders in Barcelona, which was focused on post-pandemic recovery.

Leaders of the Autonomous Community of Catalonia, still run by nationalist parties, did not attend a dinner with His Majesty.

The Spanish government — currently led by a left-wing coalition — blocked King Felipe from attending an official event in Barelona this week to promote new judges.

Royalist politicians and leaders of Spain’s judicial branch expressed dismay with the decision, but top judges were unable to agree on a joint statement against it.

The government defended the move but did not provide a clear explanation, according to several media outlets.

King Felipe met with presidents of Spain’s autonomous communities during a conference in La Rioja Friday.

His Majesty was on hand for the meeting between regional and national officials, including Prime Minister Pedro Sánchez.

The presidents of the Basque Country and Catalonia, both members of anti-monarchist, nationalist parties, did not attend the meeting, despite pleas from the prime minister.

A trip to Catalonia — in this case to a monastery in Tarragona — is notable because of the years-long political instability there. The region has also seen a spike in COVID-19 cases. 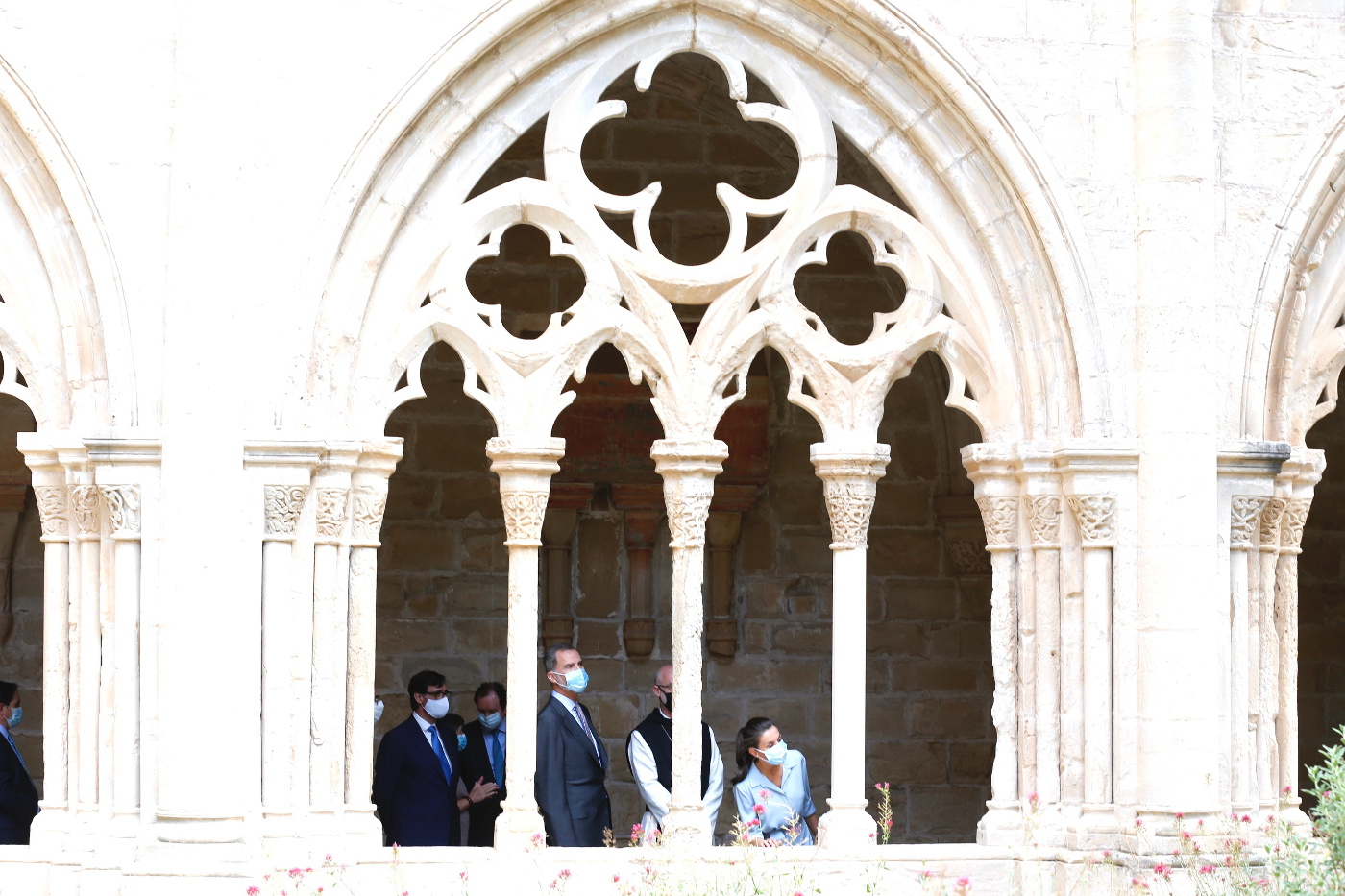 Pro-independence protesters were near the site but police kept them away from the King and Queen.

The Korean leader’s comments came amid pro-independence demonstrations in Catalonia.

King Felipe and Queen Letizia traveled to South Korea for a state visit following their time in Japan for the emperor’s enthronement.

Leonor, the Princess of Asturias, delivered her first major public address last week as heir to the Spanish throne.

The princess recently read parts of the Spanish Constitution during an event, but last week’s remarks at the Princess of Asturias Awards were more notable. 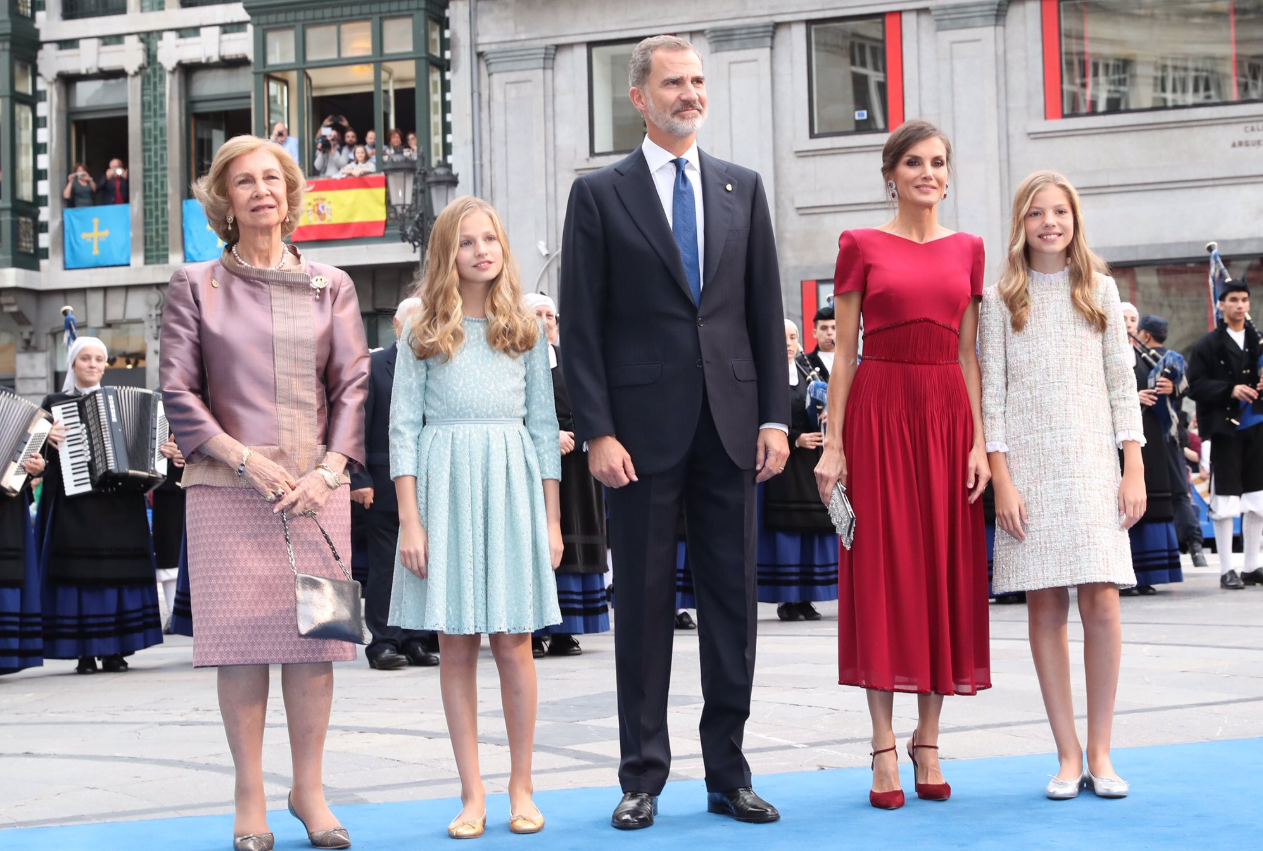 Her Royal Highness said she was honored to hold the title of Princess of Asturias and spoke of her Asturian blood. Her mother, Queen Letizia, is from Asturias. 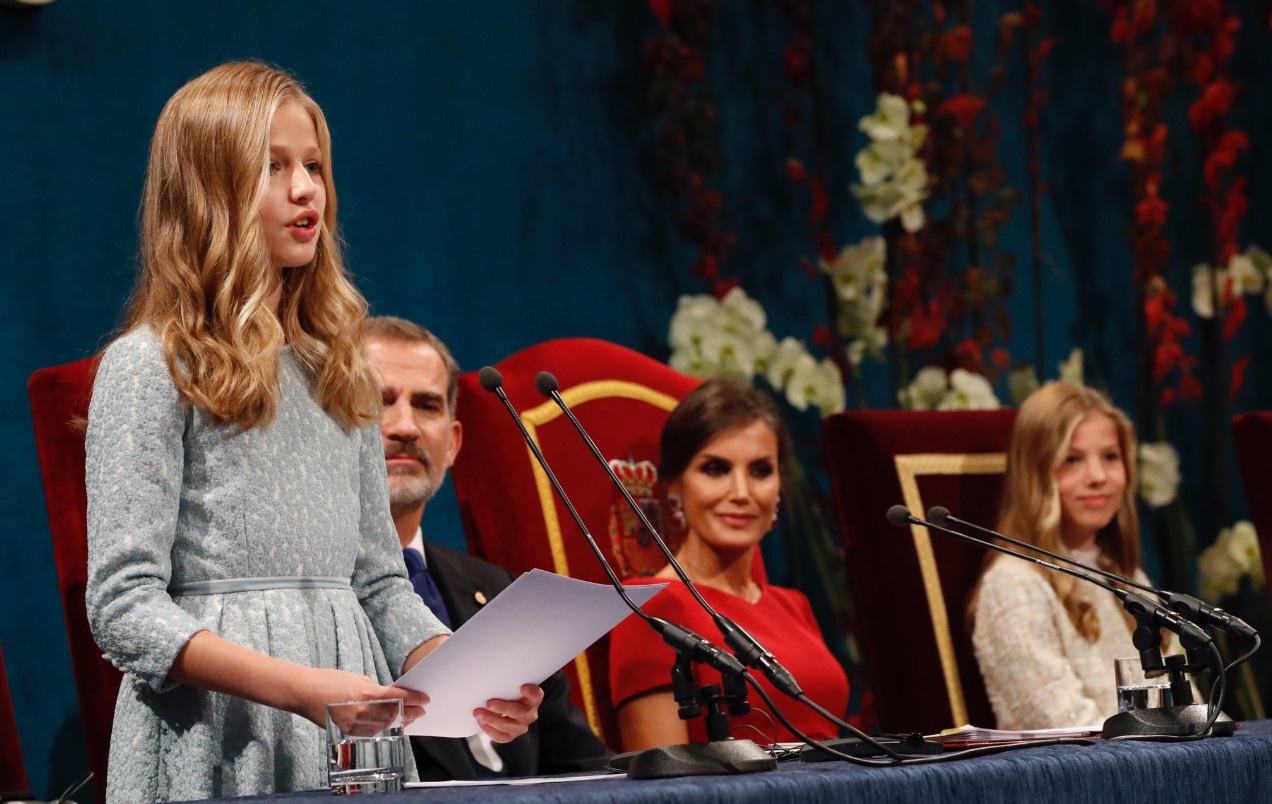 King Felipe had tender words for his daughter, who will soon turn 13. He told her to have courage and valor.

His words came amid violent protests in Barcelona and Madrid by Catalan pro-independence activists.

The Princess of Asturias awards are given to artists, scholars and leaders around the world.

As heir to the Spanish throne, Princess Leonor has been going through a grooming process to prepare her for public life. Last week’s speech was a key part of that effort.

King Felipe and Queen Letizia went into what has become hostile territory late last week to hand out the Princess of Girona Awards.

Girona is a region is Spain, in Catalonia, with a relatively high rate of pro-independence sentiment.

Girona officials denied the King and Queen use of an arena there, citing repairs, and Catalan officials did not attend.

Still, the ceremony, organized by the Princess of Girona Foundation, appeared to be a success.

The King, during his remarks, called for a Catalonia “by all and for all.”

The King and Queen, the day after the awards, also met with participants of a program to encourage young professionals.

Demonstrators for and against the Crown meant increased security surrounding the royal visit.

The King’s daughter, as heir to the Spanish throne, is Princess of Asturias and Girona, among other titles.

The title dates back to when the prince or princes of Girona was the hair to the Crown of Aragon.

The mayor refused to formally welcome the King because she sees him as supporting police action against last year’s illegal referendum on Catalan independence. She told him so this week.

The King, according to sources and media outlets, responded that his role was to support the Spanish Constitution and the Catalan statute of autonomy.

Queen Letizia today called for progress toward a better, fairer Spain during remarks in Valencia.

The Queen represented the Crown during the Rey Jaime I award in the community of Lonja de los Mercaderes.

Her husband, King Felipe, is said to have cleared his schedule once again to attend to the crisis in Catalonia.

The Queen praised the award recipients and said that with learning and innovation “we will continue growing as a country toward a better and more just Spain.”