King Felipe and Queen Letizia presided over the impressive Fiesta Nacional military parade in Madrid last week, and then a reception at the Royal Palace.

The events are staples in Spain, but the new King and Queen have tried to include more people in the festivities. 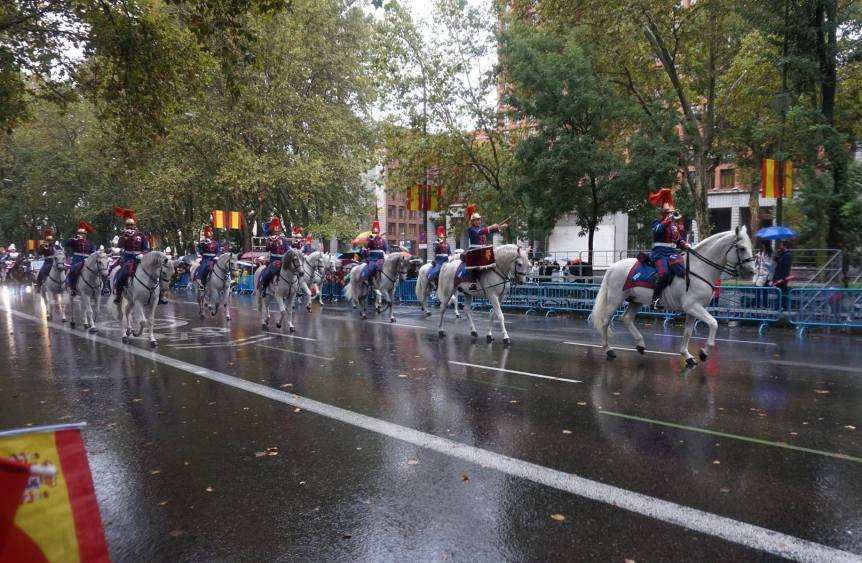 Their Majesties — along with their daughters, Princess Leonor and Infanta Sofia — arrived in their ceremonial Rolls Royce surrounded by Royal Guard horses.

While the crowd was hoping to catch a glimpse or the royals, troops and fighter jets, and avoid the rain, political figures were looking for clues.

Parties have been unable to form a government after two elections, but Socialists may abstain in the coming weeks and allow the conservative Popular Party to keep governing.

Media outlets and lawmakers were studying interactions between different leaders to see how things may develop.

Pablo Iglesias, the leader of left-wing insurgent party Podemos, did not attend the festivities. He has in the past expressed opposition to the monarchy.

Also not there were the regional presidents of the Basque Country, Navarra and Catalonia, all of which want to distance themselves from the Royal Family for political reasons.