There has been much speculation about the King Felipe’s father will have post-abdication. It now seems His Majesty wants to have an active retirement.

Galaz’s sources tell her the foundation, to be reviewed by the Spanish government and King Felipe, will include prominent personalities.

Amid rumors of divorce between King Juan Carlos and Queen Sofia, Galaz said no such thing was in the plans. The same goes for Don Juan Carlos marrying his lover.

King Juan Carlos and King Felipe have also been working on the ongoing transfer of power between the two sovereigns.

And Queen Letizia is carving out a role for herself within the Royal Family, including taking over at least some of Queen Sofia’s public duties. 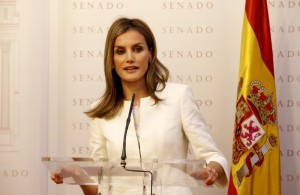 This week Queen Letizia celebrated her birthday giving out a parliamentary journalism award at the Spanish Senate.