This year’s event was in Álava to mark the 140th anniversary of the Red Cross there. Royal trips to the Basque Country are notable because many residents, particularly nationalists and separatists, having mixed feelings about the Monarchy. 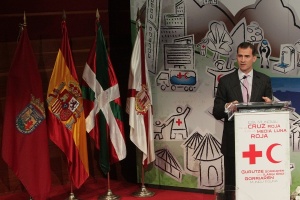